After our fun in Queensland, Long Suffering Wife (LSW) (actually not so long-suffering these past couple of weeks) and I travelled to Melbourne. From there we hired a car and LSW drove us (ok, she suffers a bit) West along The Great Ocean Road to Port Fairy.

We stopped overnight at Apollo Bay and Port Campbell to break up the journey. In any case, we were frequently in and out of the car to avail ourselves of the well signposted, comprehensively explained and lovingly looked-after coastal viewpoints.

As in Queensland, even the easily accessible beaches were clean and empty.

The three days hopping along the coast were incredible. Each stop seemed to surpass the previous in terms of magnitude of spectacle and drama – the latter helped by a steady stiffening of the breeze and a corresponding increase in the surf as we travelled West.

The pictures I could take on my now outdated iPhone cannot do the Great Ocean Road justice. Nevertheless, here are few. 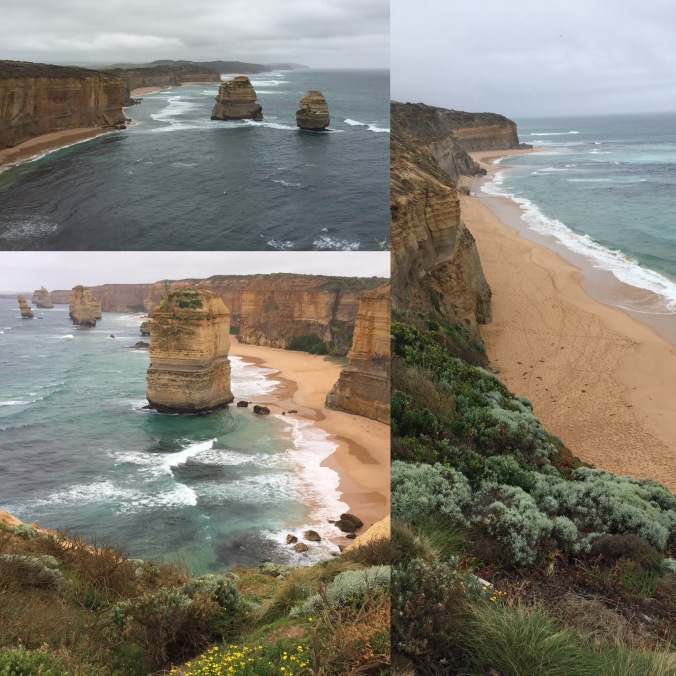 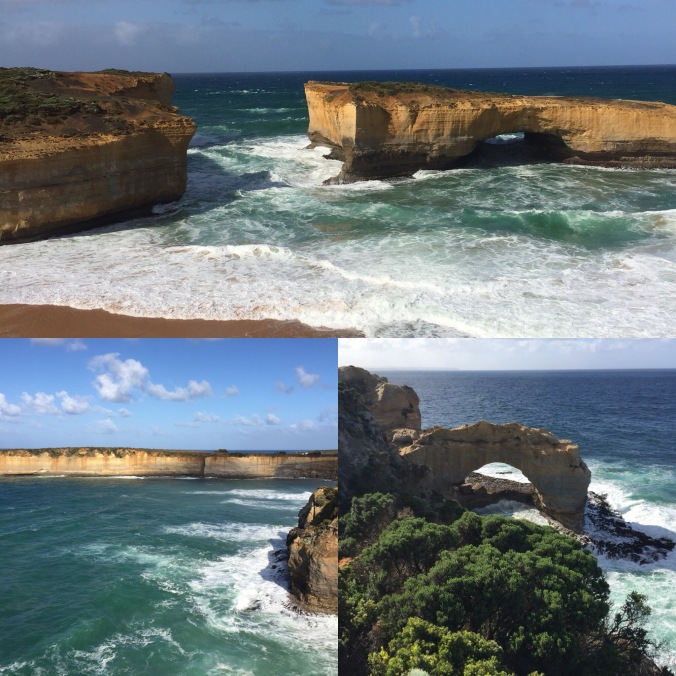 London Bridge (Fell in 2002 Trapping 2 Tourists) and The Arch

The Grotto Near Port Campbell

The Great Ocean Road is a tremendous engineering feat dating back to the early 20th century. It is also an extraordinary showcase for this spectacular southernmost coast.

LSW and I also travelled inland and that was also extraordinary in other ways. More on that if I manage to find time to catch up with the blogging….