Our last few days in Queensland were spent  mopping up a few shop visits, restaurant recommendations and sights in Brisbane, and a trip two hours north to Noosa with Youngest Son (YS) and his girlfriend.

LSW and I also had the honour of being invited to dinner with the parents of one of YS’s best friends, and to see Brisbane Roar play football in the huge SunCorp Stadium. Both evenings were enormous fun and also fascinating in the observation of similarities and differences from the UK.  Certainly the pyrotechnics as the teams came out at SunCorp Stadium are a step up from what we experience at Forest Green Rovers!

Brisbane Roar vs Adelaide at the SunCorp Stadium

Noosa was rainy and, at times, very rainy. Rain didn’t stop play though. LSW was able to get around the touristy town shops, I walked along the coast, we taught YS’s girlfriend Rummy and we all saw dolphins.

View From Our Airbnb in Noosa: Sunrise After Showers

We also saw YS’s proficiency with car and camera. Especially gIven my relative incompetence in driving and in using machines and equipment, I was impressed. It’s always good to see first hand offspring mastering things beyond ones own ability.

YS drove us in the rain to Mount Coot-tha for a panoramic view of Brisbane and then to the Botanic Gardens. There was just time for some more YS camerawork there before the rain closed in again.

YS and Girlfriend on Mt Coot-tha

We said goodbye to YS and girlfriend next morning after another routinely  marvellous breakfast. 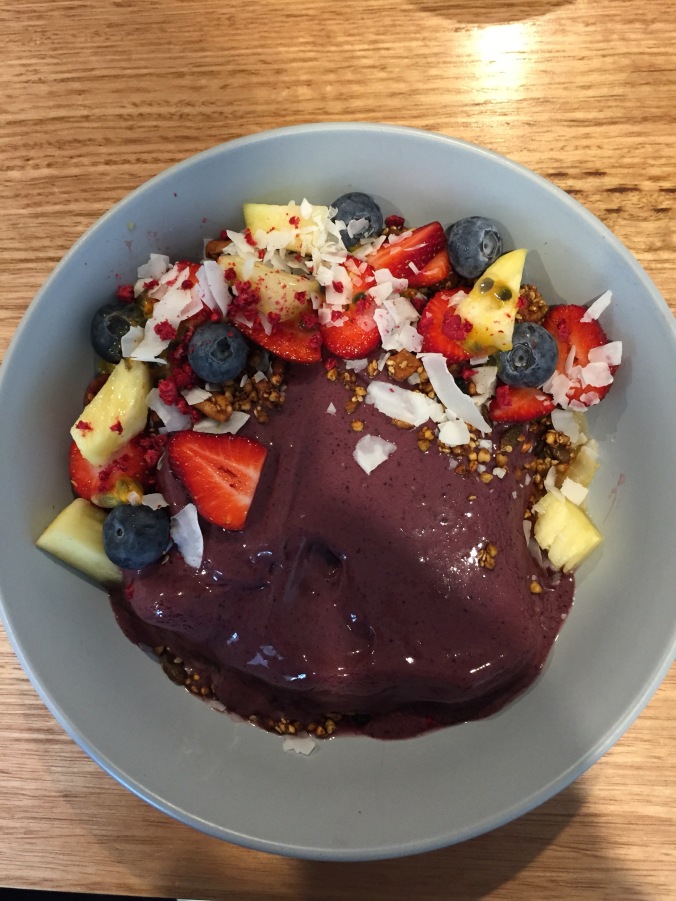 This breakfast was at the cafe where YS had first worked when he arrived in Brisbane 18 months ago.  It was lovely to see him greeted by the staff there but then sad to say goodbye to him. YS and girlfriend are back to the UK for Christmas though, so only 8 weeks to a reunion.

4 thoughts on “Noosa and Brisbane Roar”