The exploitation of London’s variety continued last week during our last couple of day’s stay with Middle Son (MS).  We saw some old friends, invited Youngest Son (YS) and his girlfriend over to MS’s flat for dinner, did some even finer dining at Flor in Borough Market, and saw some more of Walthamstow.

Flor, Borough Market – Small Plates Served With A Smile And At An Easy Pace

Long-Suffering Wife (LSW) and I also took up some advice from a friend in our home village to visit Thomas Carlyle’s House in Chelsea.  Carlyle was a Victorian historian and socialite. My interest in him was enhanced by the fact that I had been to the William Morris Gallery earlier in the week.  Consequently, I could connect some of the dots between Carlyle’s friend and relationships and those of William Morris who was well known to Carlyle.  In particular, there were lots of references to John Ruskin with whom I have become rather fascinated. 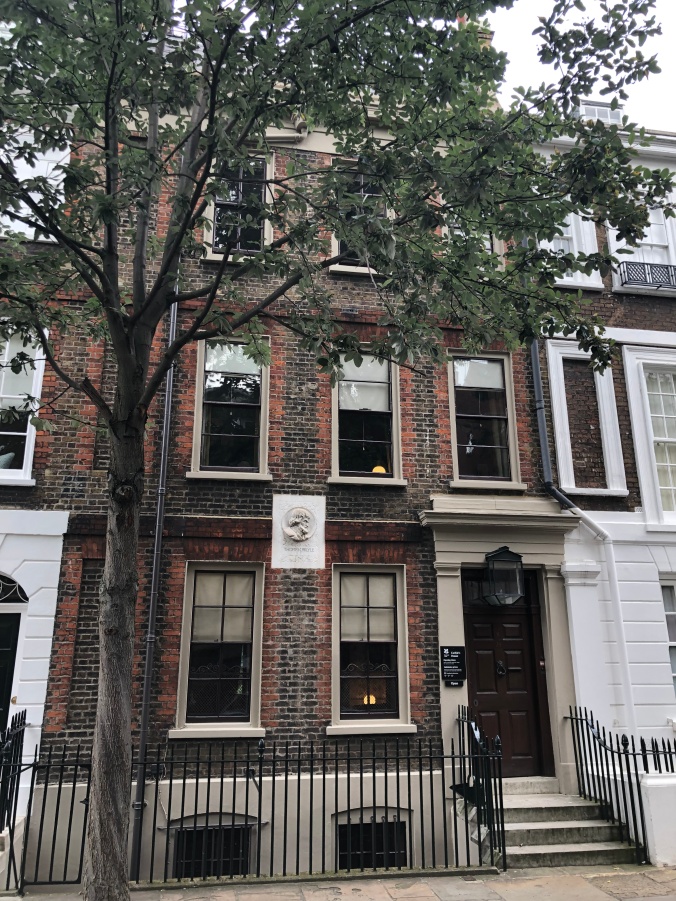 Thomas Carlyle’s house has been preserved by the National Trust in a state close to that pertaining when Carlyle died.  Few of the artefacts are of great artistic merit but the overall feel of the place felt authentic, the garden was surprisingly peaceful and the information leaflets throughout the rooms were very informative.

In fact, it seems that Thomas’s Scottish and forthright wife, Jane, was the more interesting of the pair.  She was a great letter writer – an author of thousands of letters it seems.  These describe everyday life in her household and relationships amongst her friends and acquaintances.  Many of the extracts on display have a straightforwardness and humour that is charming and they are insightful about the quirks of life in upper-middle class Victorian London.

MS’s flat in central Walthamstow is very comfortable.  His enforced move out of his previous, smaller and darker flat in Pimlico has been one of few upsides following his accident.  He loves the views, sunsets and feeling of proximity to the weather from his 7th floor flat. Increasingly, he will get to enjoy the bustle of Walthamstow.  I already am.

Walthamstow has a pleasant centre with a village feel, open space (Lloyd Park especially), many reasonably intact Victorian residential streets, street markets and, in the graffiti and it’s rather strange Hoe Street Community Bank, a healthy scepticism of establishment. 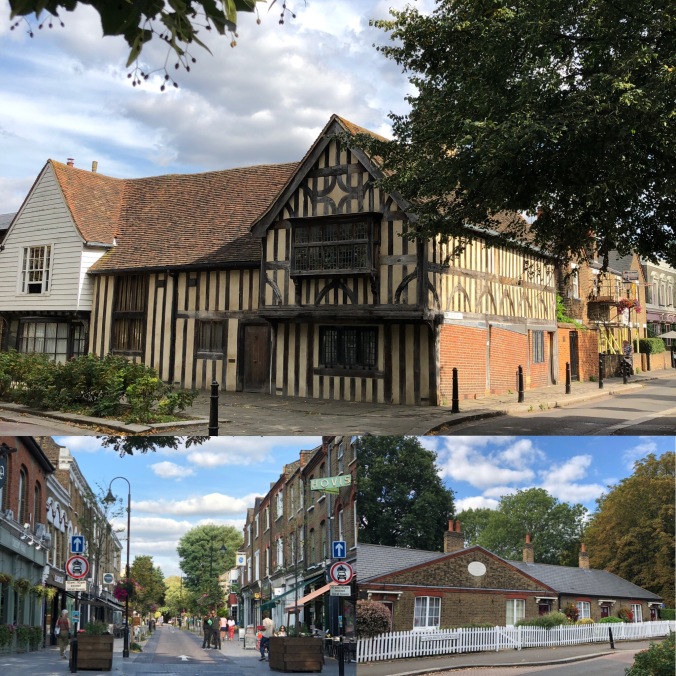 Eldest Son’s girlfriend has lived in Walthamstow in the past and has given advice on where to go.  Also, the daughter of a best friend of ours has lived there for several years.   She visited us last week in MS’s flat with her very sweet new baby.  She was able to impart even more current local knowledge on places to see, and to eat and drink in (including in the numerous local, independent breweries).

Wandering around the almost mile long high street market, and then the backstreets of Walthamstow, I discovered some of these.  Gods Own Junkyard and the Wildcard Brewery look to be worth trips when they open at weekends.  Future visits shouldn’t be short of options for eating and drinking in modern, industrial style places with a good atmosphere.  Indeed, with all three sons currently in the north-east quadrant of London – Barbican, Hackney and Walthamstow – options for somewhere to stay, places to go, and fun to have, all seem to have multiplied.  The incentive to visit London is as great as ever.

First though, deploying the flexibility of retired life, I have had to do a couple of days work at home on the village Neighbourhood Plan and then have travelled north to Nottingham to visit my parents.  Unfortunately my Mum has had a fall at home.  She is now recovering in hospital.  It was good to see them both, even in the circumstances, and now MS is on the mend, I can visit them more often.

Walking Along The Nottingham And Beeston Canal, Nottingham On The Way To Queen’s Hospital

I can see that my Senior Railcard is going to come in for some heavy use in Autumn as I shuffle from home to London to Nottingham.  Also, having missed a couple of games during my visits to London and Nottingham, I am off to Cambridge to see my football team (Forest Green Rovers) with my Best Man (BM).  Recent months haven’t been quite as I had foreseen, but I have been, and remain, busy.