Just over 10 years ago, I was made redundant from a large consulting firm I had worked for since leaving university.  I took a break from 33 years of work and, a year later, Long-Suffering Wife (LSW) persuaded me to buy a derelict corrugated iron bungalow with the remaining redundancy money.  Then, as the kids left home, we sold our family house.  That enabled some downsizing and renovation of the ‘Tin House’.  We lived in the ‘Tin House’ for a year while we upgraded our current home.  Now we rent it out with the vague plan to move back into it when we downsize again.

When we bought the ‘Tin House’, it had only a small front garden.  We bought a small extra parcel of land at the back so that, after any future move back to the bungalow, I would be able to continue my enjoyment of vegetable growing in retirement.  I also put myself on what I understood to be a very long waiting list for an allotment in the beautiful Rose Barrow allotment gardens just a little further up the hill. 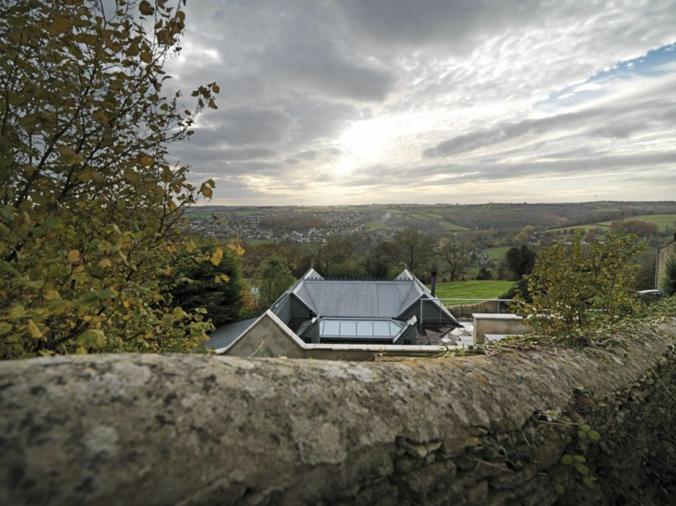 View From Behind Our ‘Tin House’

In practice, the wait for an allotment was much shorter than expected and, for the last half dozen years, I have been tending a quarter of a full allotment.  This has not been all plain sailing however.

View From The Entrance To Rose Barrow Allotments

The first challenge has been that, having moved from the ‘Tin House’, we now live 2-3 miles away.  Unless I undertake a stiff walk there and back carrying tools and (at least potentially) harvests, I have to visit it by car.  The result is that my visits are more infrequent that they should be to undertake the war on weeds, to water in dry spells and to pick any crops.  That restricts me to low maintenance crops and means I constantly test the patience of the allotment management who police the quality of upkeep.

One such manager has been keen to take over my patch because it is in between a couple of allotments he already operates and his back garden.  I have resisted, for a couple of years, giving up my investment of digging and composting effort.  In doing so, I felt like one of those long-standing house owners holding out against the big developer wanting to demolish swathes of buildings in order to erect new, swish skyscrapers.  But, last year, I accepted that this was an extreme view, and took the practical and reasonable step of relinquishing my plot in exchange for another.

Overall I was content with the move despite the risk that I am now too near the allotment bonfire space to avoid scorched lettuces and leeks!  I started to dig the new plot over last winter, planted some Jerusalem artichokes and harvested some rhubarb.  All was settled and agreeable.

However, last week I arrived on my little plot to find someone else has commandeered it, had trampled my planting, had taken my compost bin and had erected netting over my inherited currant bushes.  Outrage!

Recognising that possession is ‘nine tenths of the law’ (and because I had nowhere else to put them), I dug over part of the patch again and planted a few rows of leeks and beetroot.  I was ready for war!

It seems that a couple had spoken with the previous incumbent of the whole allotment of which my slice is a part and had agreed to take it all on without confirming with allotment management.  They were unaware of my existing claim, my payment (all of £2!) and my effort to rehabilitate the plot.  It turns out that they are old acquaintances and we have been able to work out a way forward which leaves me with a plot that is a little smaller than the one I relinquished last year but which will be adequate.  My compost bin is restored.  Peace has broken out.

My New Quarter Allotment. The War On The Couch Grass Begins!

The new plot is freer of bindweed than the previous one.  However, it is largely covered by very deep and well-established couch grass – another allotment devil to do war with but a manageable one if countered with thoroughness and determination.  Once I have dug out the worst of the couch grass a few times over the next couple of years, and grubbed up some old currant bushes to create some more space far enough from the bonfire, I will have a good little plot to augment my vegetable patches at home.

I may not visit my allotment often until we move back to the ‘Tin House’, but when I do I will love the relaxation from the repetition of the physical exercise of digging and weeding. I like too the mundane chats with allotment neighbours about the weather, the persistence of the perennial weeds and the poverty or fruitfulness of this year’s crops.  I love the singing of the birds and the peace and quiet of the enclosed allotments.  I love it that I have more time since retirement to soak up all of this.  The war is over and I’m happy again.