For those who followed my last post, no, I didn’t write this on the train home from London.  No, I didn’t stay awake either but I didn’t snore (surely not!).

I was tired after my trip to London.  I didn’t get back until late on Monday from seeing Malcolm Middleton (an indie-rock Scottish depressive who somehow always manages to cheer me up with what he calls his ‘downbeat shite’) in a converted old men’s club in Hackney.  Then, on Tuesday, I went to see the Japanese film and Palme D’Or winner called Shoplifters with Eldest and Middle Sons and that didn’t finish until quite late.  Those relatively late nights were each followed by a couple of nights on a sofa bed which is never as restful as my own bed, a lot of walking through Christmassy streets and a nice lunch with an old ex-work colleague.

Malcolm Middleton And Band At The Moth Club

Quite a lot of the walking was around a couple of exhibitions.

The first was Fashioned From Nature at the Victoria and Albert Museum (V&A) which is on for another month or so and which I would recommend.  The V&A has an amazing permanent collection of fashion but this exhibition was more interesting for me (I am hardly a fashionista!) because it dealt more with the social and environmental impact of fashion than the development of fashion through the ages.

There were certainly some remarkable individual pieces of clothing but the focus was on how humans initially used nature to cloth ourselves – using flax for linen, fur, cotton, silk, bone, feathers and even beetle shells – and then how fashion and clothing manufacture has damaged nature through mass production/consumption. 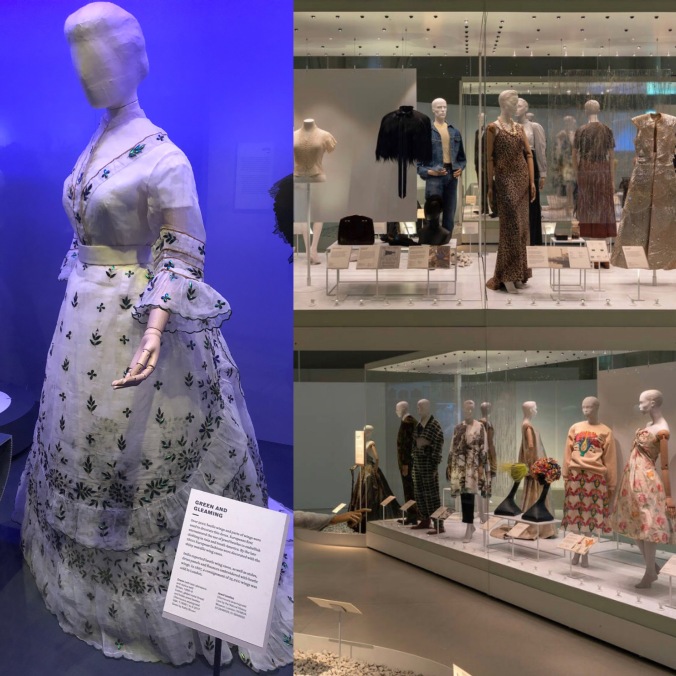 Fashioned From Nature Exhibition At The V&A

That environmental damage began even before the industrial revolution.  I learnt, for example, that the phrase ‘mad as a hatter’ came from the mercury poisoning common among those who made felt hats.  They breathed in the mercury nitrate they used and that disoriented them before they flushed it into the water supply.  As synthetic materials were developed and mass produced, so the risk of chemical damage increased, the demand for agricultural monocultures grew, slavery became rife, and the problems of pollution and waste (such as management of micro-plastics resulting from clothing) became more complex. 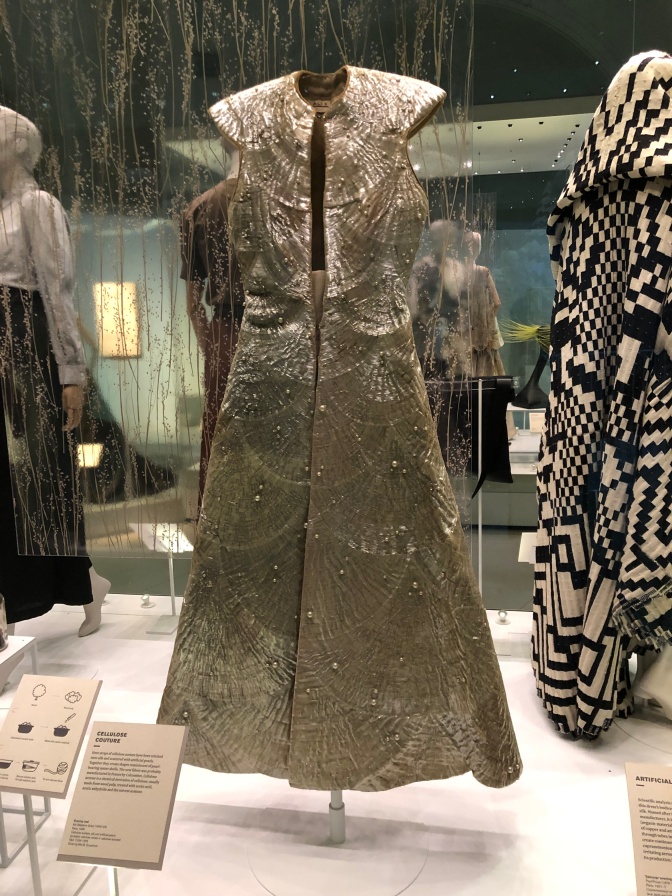 There were a wide range of interesting exhibits showing sustainable fashion.  Others illustrated how fashion has been used to highlight the importance of clothing reuse and repair, and the impact of fashion on nature.  Overall it was an impressive, relevant exhibition and an absorbing hour or two.

I also visited the Modern Couples exhibition at the Barbican which was subtitled Art, Intimacy and the Avant-garde.  This exhibition pulls together work of 40 couples active in art in the last century.  It attempts to show how these couples, through their passion, ideas, contacts and often experimental and strange relationships, influenced the work they produced.

Death and Life By Klimt 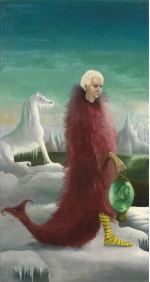 As with the Fashioned from Nature exhibition, there were some very strong individual pieces on show.  Many of the relationships that were described were very interesting with several of the featured artists (Max Ernst and Man Ray, for example) cropping up two or three times in apparently intense but short-lived liaisons.  Some of couples’ relationships ended in suicide or murders of passion.  As I navigated the exhibition, I became increasingly thankful for my rather more straightforward and stable married relationship. 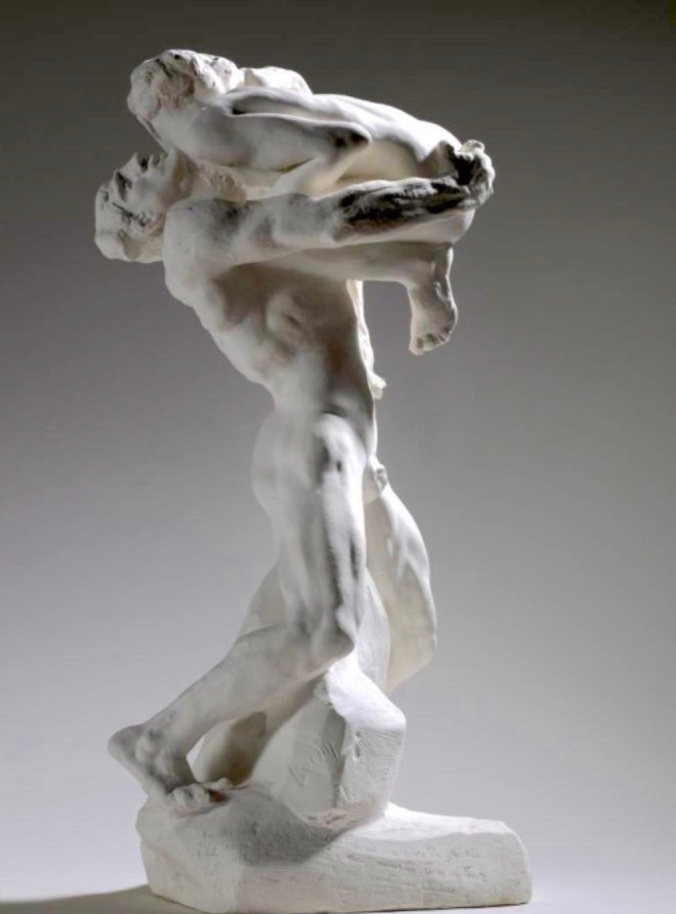 Over 40 interwoven themes were explored across the 40 couples presented – including how the men in the relationship tended to become the more famous even where the participants were libertarian and feminist.  These themes and the sheer number of couples covered made the exhibition large and rather complex.  It was impressive but I confess that I had to absorb it over two sessions; fortunately I now have the time to do that sort of pacing.

In other news: the Volkswagen is back.  Long-Suffering Wife (LSW) has been grudgingly reliant on my ailing and rust-ridden Saab to get to work.  But now the local garage has replaced the Volkswagen’s engine (and more) following the cam-belt assembly failure a couple of weekends ago.  They did this all at their cost since it was the cam-belt replacement they had done that prompted the problem.  The garage even gave us a bottle of wine for our trouble so we will continue to use them and recommend them – provided the car gets us to the airport tomorrow on our way to the Christmas markets of Cologne.  We’re looking forward to them. 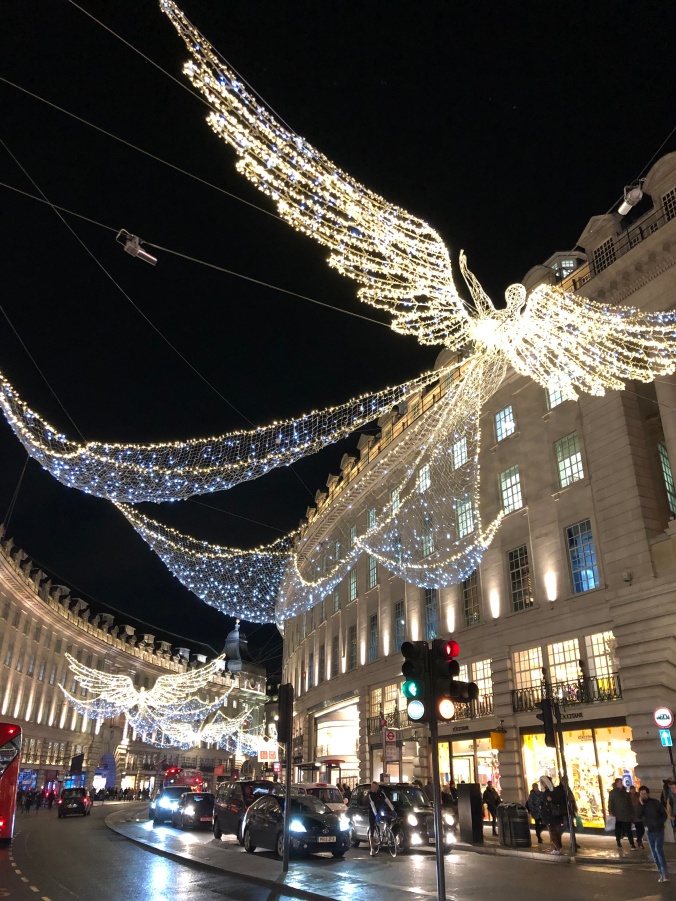