So, the England football team are out of the World Cup and football is not ‘coming home’ after all.  The team exceeded my expectations but failed to beat Croatia in the semi-final and the sense of anti-climax is huge.  England supporters have to console themselves with the knowledge that their youthful and promising team played in a positive way.  I also console myself with the knowledge that the English football season starts soon and the passion can be let loose there all over again.

The progression towards the climax of the World Cup, Wimbledon tennis and, in the last few days, the Tour de France, has meant I have spent increasing amounts of time watching the TV.  Afternoon sport is a real retirement luxury.

On a couple of afternoons I was able to combine following the television coverage of the tennis with painting of the TV room.  However, I was painting the front door of the cupboard hosting the TV itself and it felt a bit weird having the picture on the other side of a closed cupboard.  Now that cupboard is done, marrying following the sport with finishing the painting should be more effective!

Long-Suffering Wife (LSW) has been rather more long-suffering than usual given that the football has disrupted a few evenings.  She has little general interest in football and often gets too nervous during the England games to watch them.  Like many, though, she has been rather taken by the down to earth nature of the England heroes and the manager, Gareth Southgate.  He certainly did a decent job with limited resources (albeit with a lucky set of fixtures), and there is the promise of improvement.

In spite of the compulsion to fit in around the sport, LSW and I have managed to get out for a couple of ‘outings’.  The best was to Asthall Manor Gardens which was hosting a biennial exhibition of sculpture – the On Form Exhibition.  There were almost 400 sculptures from 40 artists laid out in the manor and across the beautiful gardens and meadows surrounding it.  Of course, this was all enhanced by the perfect warm and sunny weather that we have come to expect this summer.  We retreated afterwards to an excellent, good-value lunch at Upton Firehouse at the Upton Smokery; we will try that again. 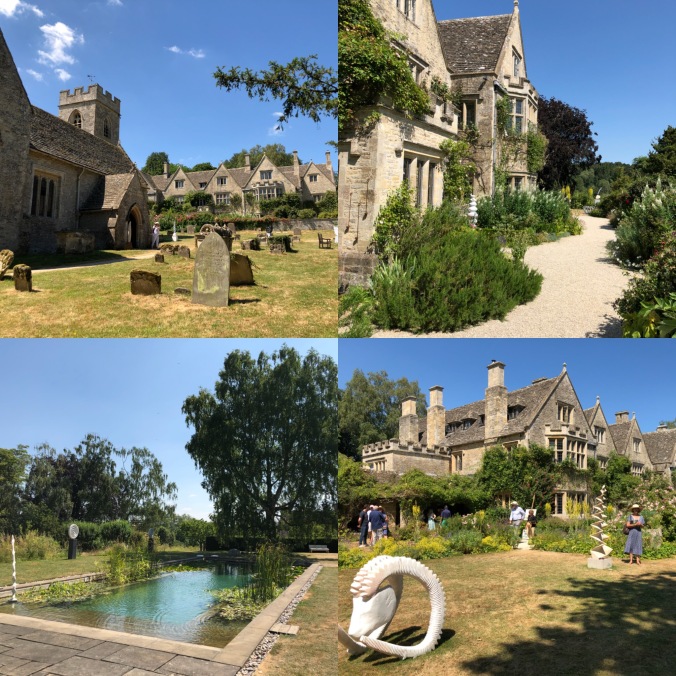 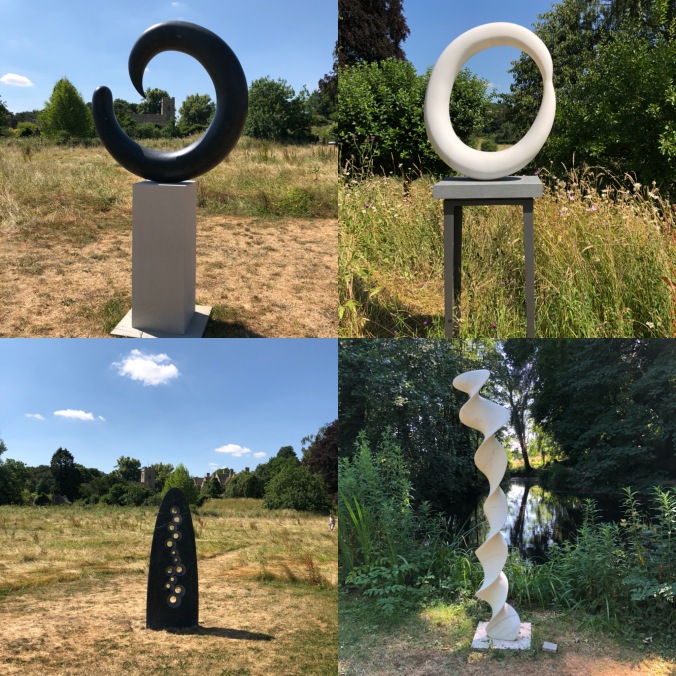 Our own garden and meadow looks good at the moment despite the lack of rain.  The new walled garden has been planted with things that are reasonably drought-resistant and we have succumbed to a routine of selective manual watering to keep the rest going.  In the evenings, once the temperatures have cooled a bit, it has been lovely sitting out in the garden looking out across the flowers and long meadow grass with a glass of wine.  (Numbers of non-alcohol days remain depressed by the incidence of sunny evenings and the obligatory beers during England games.) 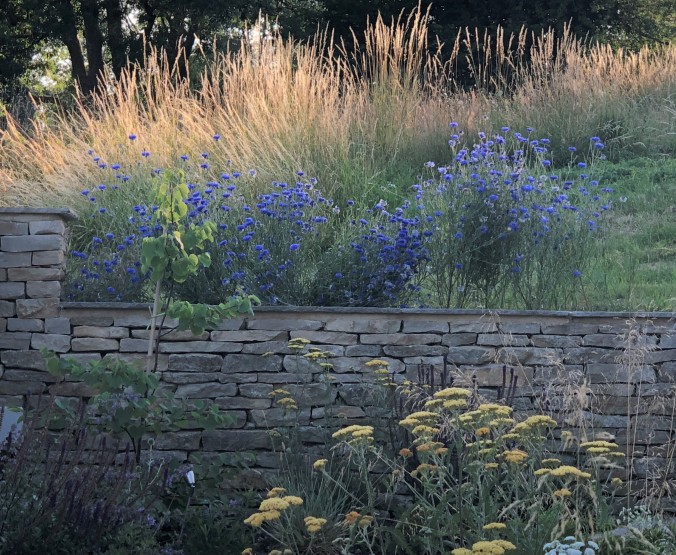 A flock of sheep that have made a recent, welcome return to the field opposite our house; they make our location look extra rural.  Like the sheep, I seek out the cool of shade through most of the day.  Even so, I have managed to keep up my walks and step-count by venturing into the local town before breakfast and before the temperatures become uncomfortable.

However, a number of recent information sources (a doctor I met during our June trip to Newquay, a chat with a local resident who uses a personal trainer, and an article in the Guardian newspaper) have indicated that even brisk walking in our hilly landscape is insufficient for the health of aging people.

What we oldsters also need to do is build up core strength, balance and muscle volume to counteract the natural degradation of muscle after our forties.  I’ve started to incorporate some minimal and brief resistance-based training into my (almost) daily back exercise routines but I know I need to make these more comprehensive and regular.  Lack of will-power and a reluctance to bother to change into clothing more appropriate for serious exercise are real obstacles I need to overcome.

The good news on the health front is that an eye test this week showed my eyesight has improved significantly in the last year.  Surely that can only be because I have retired and no longer spend 8-10 hours a day squinting at a computer screen.

So, not only has retirement allowed me the flexibility to watch the best of summer sport live, I can now see it with better eyes!  Long may that last…..