I am always interested in going to new venues for gigs. By the time I left London I had been to lots of different venues and knew the logistics of many of them pretty intimately (when to arrive, where to stand, what if anything to drink). I had my favourites (Café Oto, St Pancras Old Church, The Lexington and so on) and tended to follow them rather than bands when selecting where to go.

Having left London, I am now building up a new list of local venues. This week I added two more to the list: The Stroud Goods Shed, which was designed by Isambard Kingdom Brunel, and Prema in Uley.

The venues had similarities – for example, both had ancient open beam structures in the roof – but they were also very different. The Stroud Goods Shed was rather cavernous and verged on cold – not that that affected the high quality of the music. Prema was smaller and more intimate and the audience was far older.

At Stroud Goods Shed we saw Mesadorm and at Prema we saw Habedekuk. Again, there were similarities (for example, both bands had folk roots and both featured an 8-piece band). But while Mesadorm played complex English tunes with deep and meaningful lyrics, Habadekuk played jazzed up Danish dance tunes with complex titles. 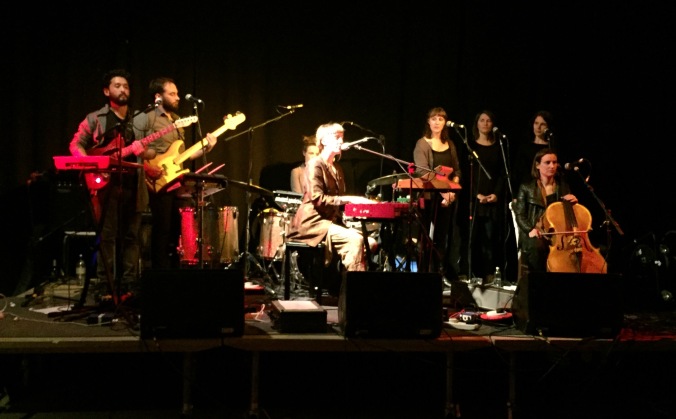 Mesadorm at The Stroud Goods Shed

LSW loves all things Danish so we couldn’t go wrong with Habadekuk but both were very enjoyable. I’ll be looking out for more music events at Stroud Goods Shed and Prema.

First though, Australia…. Hopefully I can get the mobile version of the blog software to work and keep you at least somewhat up to date with our trip to see Youngest Son.