I continue to be able to ameliorate my yearning for the buzz of living in London with one or two visits each month.  These are often based around meetings with old friends or gigs of bands that I like but can’t see out in the country.  That was the case this month and, once again, my ability to camp in my old flat on the sofa bed has proved very convenient.

During the last week I saw a couple of gigs.  The first was The Antlers at Union Chapel with Middle Son (MS).  This was a celebration of the ten year anniversary one of my favourite albums: Hospice.  It’s a very sad album about domestic, emotional abuse (apparently) and (more clearly) terminal illness.  That may not sound appetising but it’s wonderfully powerful and the stripped back acoustic version The Antlers performed was moving and beautiful.  It drew on the hushed and respectful atmosphere the Union Chapel often generates and I love going there despite the unforgivingly hard pew seating. 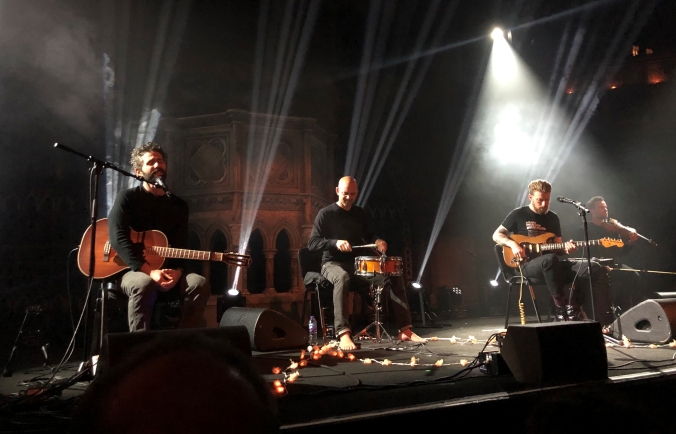 The Antlers At Union Chapel

The next day, following a planned lunch with one old friend and then an impromptu meeting and beer with another outside Rough Trade East, I saw Malena Zavala at The Moth Club in Hackney.  This is a compact venue that is an ex-military veterans club with sparkling ceilings and amusing customer signs I have mentioned in previous blog posts.  The support band (Wovoka Gentle) and Malena were both good.  Malena mixed the tuneful, dreamy songs I knew with warm Latin rockers that indicated her Argentinian heritage.  I, and the rest of her audience, had a great, foot-tapping evening. 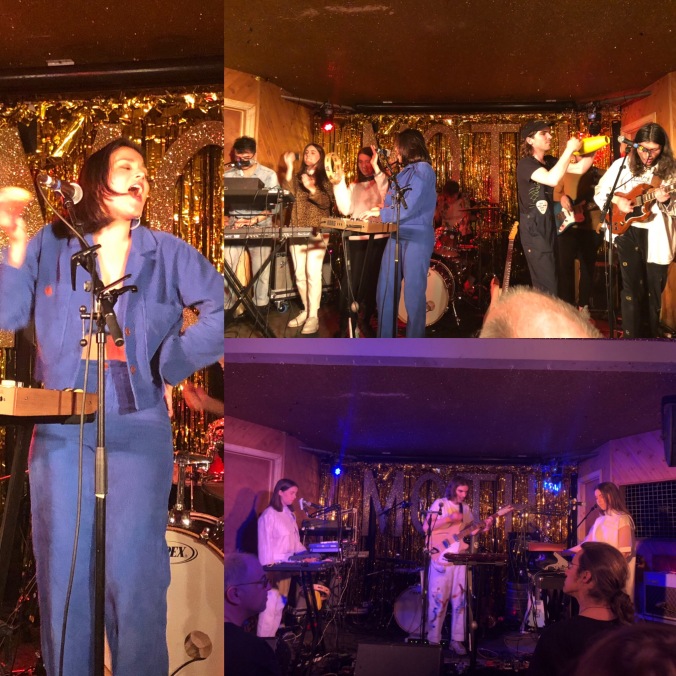 Malena Zavala and Support (Wovoka Gentile) at The Moth Club

Earlier in April I had visited London for another gathering of old friends.  On the back of that I visited two places I had not been to before: The British Library and The Wallace Collection in Hertford House.

The British Library is vast and I limited myself to just the art exhibitions and the Library Treasury Gallery.  The latter provided an insight into the types of document that is held in the enormous reserves of the library.  There were beautiful illuminated books, religious texts representing all the main religions, historical documents (such as the book of Welsh Laws), important scientific papers and literature (such as the 14th century Gawain and The Green Knight) and sections covering Shakespeare and The Beatles.  I was drawn particularly to the old maps and I will look out for future special exhibitions that showcase the library’s holding of these. 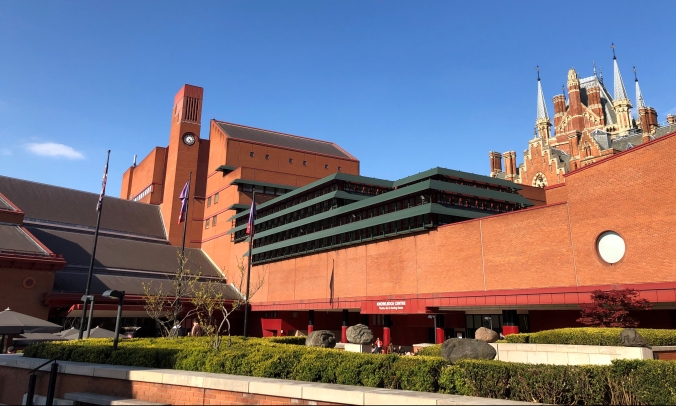 One especially interesting section was on ‘Friendship Before Social Networks’.  This displayed many Friendship and Student Albums dating from the mid-16th century to Victorian times that individuals used to record the friends they met and the things they saw and did.  They were a little like artists’ sketch-books and many were really intricately completed and beautiful.  Their aim was to record, or even show off, the social networks and activities of their owners in much the way Facebook and Instagram often do today; fascinating!

Long-Suffering Wife (LSW) tells me that I saw at least part of the Wallace Collection at Somerset House many years ago.  I barely recall that and, in any case, the collection is now in Hertford House in Manchester Square.  Like the British Library, the permanent exhibition of art, armour and weapons collected in the 18th and 19th centuries (and bequeathed to the British nation by Lady Wallace in 1897) is free.  I love it that such attractions are open to all without mandatory charge – not least because I could visit on consecutive days rather than struggle to take it all in in one go.

The armoury is particularly impressive although I rather hankered for the more selective and minimalist displays LSW and I had seen in Kolumba in Cologne and in the Museum of Islamic Art in Doha.  The Wallace Collection of armour and weapons is certainly comprehensive but also a bit overwhelming.

Part Of The Wallace Collection Armoury

Not so, apparently, for Henry Moore the famous British sculptor.  He loved the armoury and visited it often during his time in London.  It inspired his development of the head and helmet as one of his iconic sculptural forms.  This was the subject of what I thought was a tremendous exhibition of his ‘Helmet Heads’ in the basement of Hertford House.  This wasn’t free but it was excellent in terms of the items on display and the information about how the helmets concept influenced his ideas throughout much of his life.  It’s on until 23 June 2019 and I recommend it.

One Of Henry Moore’s ‘Helmet Heads’

I’m back home now and the focus is on the last few games of Forest Green Rover’s unexpectedly successful and entertaining football season and on population of the vegetable patch and allotment.  Easter saw marvellous weather and it would be nice to see a return of that so gardening and football can be followed by wine in sun in LSW’s new garden.

One thought on “Two London Visits”