Long-Suffering Wife (LSW) assures me that I went to Lincoln with her over 30 years ago.  My degrading memory apparently doesn’t stretch to that.  So, when I visited Lincoln last weekend, it felt fresh and surprising.

The cathedral was bigger, taller and more imposing than I had imagined.  The hill up to the cathedral tested my fitness more than I anticipated.  The medieval castle walls, around what is now a rather impressive Victorian prison, were more intact and offered better views than I expected.  It is a lovely city centre built on a hill by people who understood the dangers of flooding and the benefits of a prominent position in low, flat countryside. 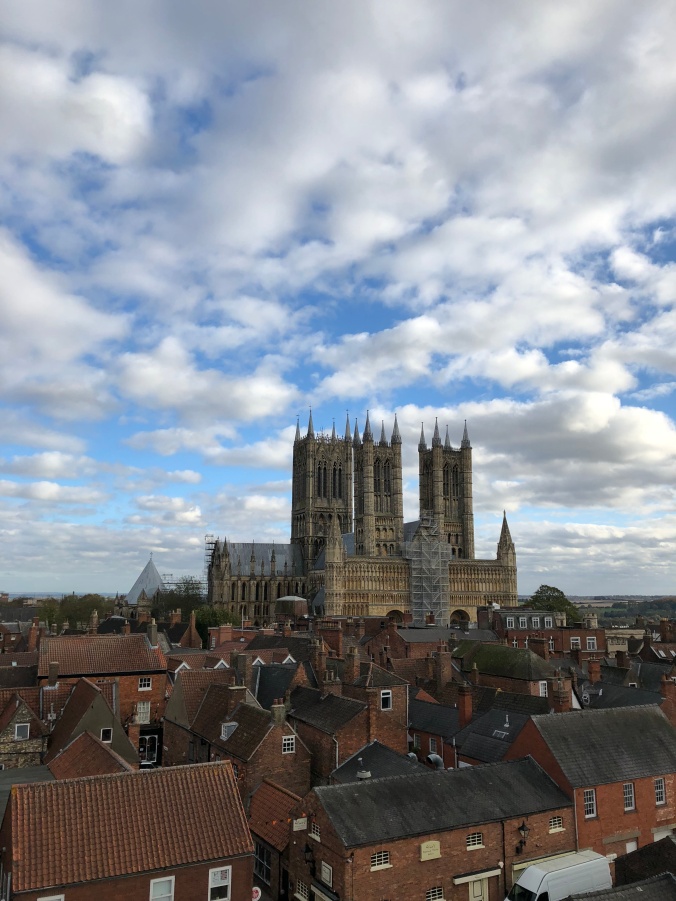 Lincoln Cathedral From The Castle Walls

I was in Lincoln to support my football team – Forest Green Rovers (we played very well but lost narrowly and unluckily to the league leaders).  I took the opportunity to combine a bit of footy away travel with a visit to my parents in Nottingham.  It was great to catch up with them, to check on how they are doing, and to sample a local restaurant with them. 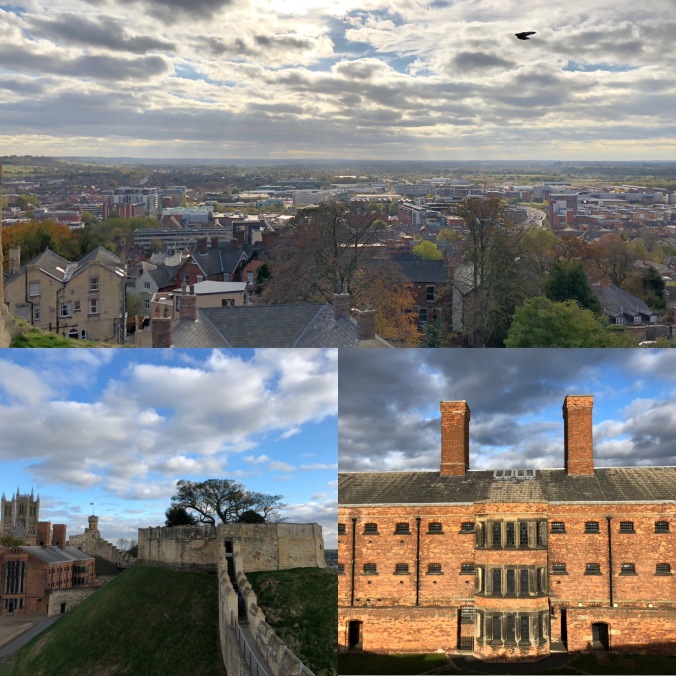 Views of Lincoln, The Castle Walls And The Prison

We also progressed some recent discussion I have had with them about my family tree.  My Dad has already done a fair amount of work on his side of the family but my Mum’s side is largely blank at the moment and I want to investigate and document that more fully.  So far, all I have done is translate my Dad’s investigations and free text notes into a PowerPoint graphic.  I’m not sure how far I can go but I am thinking that fleshing out the family tree will give me an excuse to revisit my Dad’s roots around Kintbury in rural Berkshire, and my Mum’s on the Isle of Wight.

While I was with my parents I also followed up on my desire – as I mentioned here a few weeks ago following attendance at a couple of funerals – to document my preferences for my, and my parents’, funerals.  As expected, I got some good ideas for classical music selections from my Dad.

I got some very useful pointers on what to think about in a blog comment from an old friend who had had similar recent funeral experiences.  I have used that as a starting point for a simple spreadsheet structure listing things like preferred coffin type, flowers (or not), music, readings, speakers etc.  I will use this to document the things that will help guide organisers of my funeral, and that of my parents, when the time comes.  It sounds morbid to be thinking of this now but I think this is bound to help those who follow at a time when they will be stressed.

Back at home, I have been working increasingly diligently through my day to day to do list.  However, as mentioned last blog post, I have strained something in my side – is it getting better or am I just getting used to it I wonder – and that has restricted me to only light physical activity and little gardening.

I have, though, had sitting-on-the-sofa time to finish reading the Milkman by Anna Burns.  I can see why it won the Booker Prize.  It’s difficult to recommend it since it is so unconventional.  It has page-long paragraphs filled with snatches of dialogue and long sentences that are written as one thinks and talks rather than as one normally writes.  But it is very relevant given the current issues around female abuse, fake news and the potential Brexit threat to the Good Friday Agreement in Ireland.  Ultimately, I enjoyed it a lot and so I do recommend it.

I’m now choosing my next book to read and then heading off on a brief trip to London.  Centrepiece for that is a gig with Middle Son (MS).  Nothing like a bit of Europop to elevate the spirits…..