Immediately after our trip to Split I went to London to visit the Victoria and Albert (V&A) exhibition called The Future Starts Here with Eldest Son (ES).

I am increasingly interested in the impact of robotics and artificial intelligence on work.  ES has been fascinated by this topic for a while and he lent me a book on the subject recently which I am still digesting.  In the meantime we saw this V&A exhibition of about 150 futuristic objects.  It aims to show through these objects how, already, seemingly far-fetched ideas are starting to have a real impact on our lives and may have unexpected – wanted and unwanted – impacts in the future.

Some Objects At the Future Starts Here Exhibition: A Bank Of 3D Printers, Two Tiny Devices That Hold Truly Massive Amounts Of Data (360 Terabytes), And A Long Life Kit

At the end of the exhibition we were invited to complete a survey which indicated our reaction to what we had seen and how we felt about the future impact of technology on our lives.  ES came out, perhaps unsurprisingly, as a ‘Tech Disciple’.  In contrast, I was a ‘Well Informed Worrier’.  That meant that while I am ‘on top of what is going on, [I am] most pessimistic about society’s future and the impact of technology, [and feel that I] will personally will be negatively affected by change’.

This will come as no surprise to Long-Suffering Wife (LSW) who often berates me about my worrying in a variety of areas of life.  However, I think that while I worry about change, I actually can cope with it quite well when it happens.  I think and hope this will be true of technology, automation and artificial intelligence.  I won’t rush to embrace it but, as each advance becomes main-stream, I will continue to use them and benefit from them.

Having retired, and at my age, most of my concerns are for my children and their children (should any arrive).  Yes, robots may help them rear babies by reading them stories and rocking them to sleep in optimum ways.  Driverless taxis may reduce traffic and the need to own cars.  Technology may help us live longer.  But do we really want to entrust baby care to a non-human, will driverless cars really be secure and safe, and do we really want our bodies to outlive our brains or have our brains live on as a copy in a robot?  I fear that we may be overtaken by the technological possibilities before we have even begun to properly frame the right questions about them. 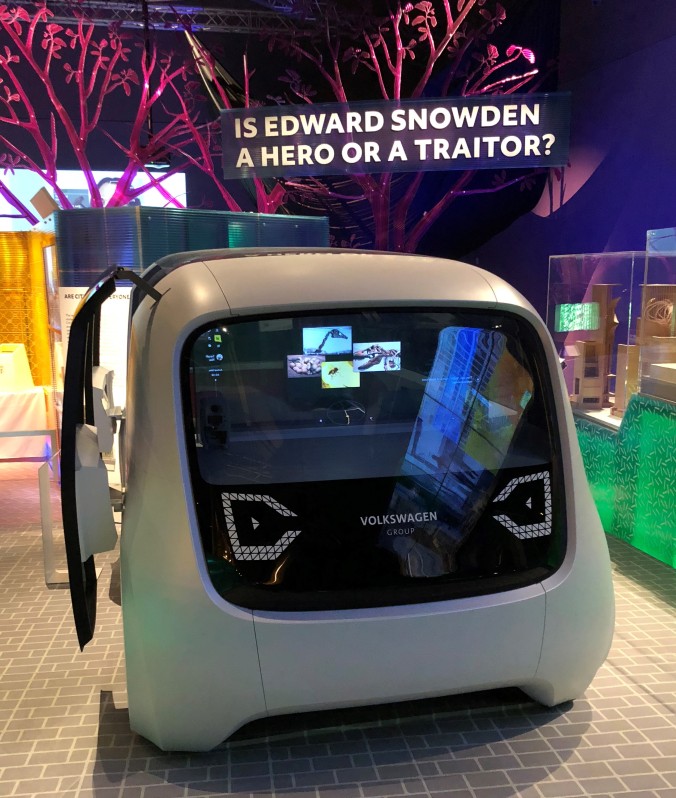 Regardless, technological advance is here and accelerating.  The impact on the nature of work will be huge.  My sons seem to welcome this but I wonder if even they can envisage the depth of change that is coming.  I’ll return to this subject here when I have re-read ES’s book: The Rise of the Robots by Martin Ford.  It sets out the logic for a rapid decline in the availability of human employment.  Even for someone who has retired and already moved voluntarily into post-work mode (with the backing of 40 years of work and savings), I found it pretty scary (and well written).

A true ‘post-work’ society, where robots have replaced the labour of not only routine manufacturing and distribution jobs but also many white collar and middle management roles, will certainly be very different from that of today.  I’m interested to see the development of coping mechanisms that such a society will require to combat the dangers of control by a few technology owners, growing financial inequality threatened by such concentration of power, and the sheer amount of ‘free time’ people may have.

After the exhibition, ES and I also dropped in on an V&A exhibition about modern Videogames.  We both loved this – especially ES since computer games are pre-occupation in day to day work as well as a regular pastime.  Watching and playing some of the games was very amusing and the increasing emphasis on atmosphere and emotions in modern games was interesting.  It was another well laid out exhibition and I became a member of the V&A so I can attend more for free in the future.  I’m looking forward to using some of my post-work time for that! 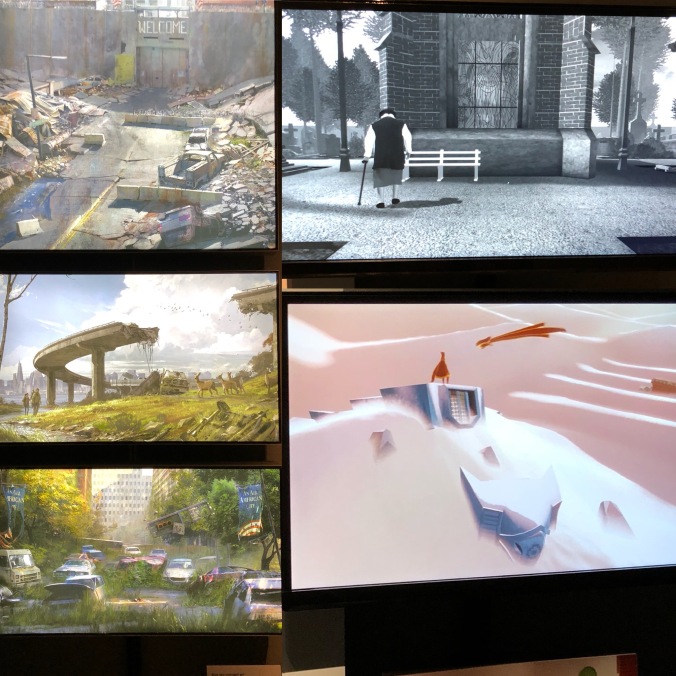 Examples Of Modern Videogame Artwork at the V&A Videogame Exhibition (Bloodborne, The Graveyard and Journey)

That weekend was capped off by a further visit to my Best Man (BS) in Cambridgeshire.  We spent time catching up as usual but also sorted about half of his vast collection of CDs into alphabetical order – just the sort of task I love.  We also saw Forest Green Rovers eke out a fine draw at MK Dons and visited his previous place of work at the Royal Society for the Protection of Birds (RSPB) in Bedfordshire.  We were blessed with lovely weather (and a great Forest Green Rovers performance) and I had a very enjoyable time. 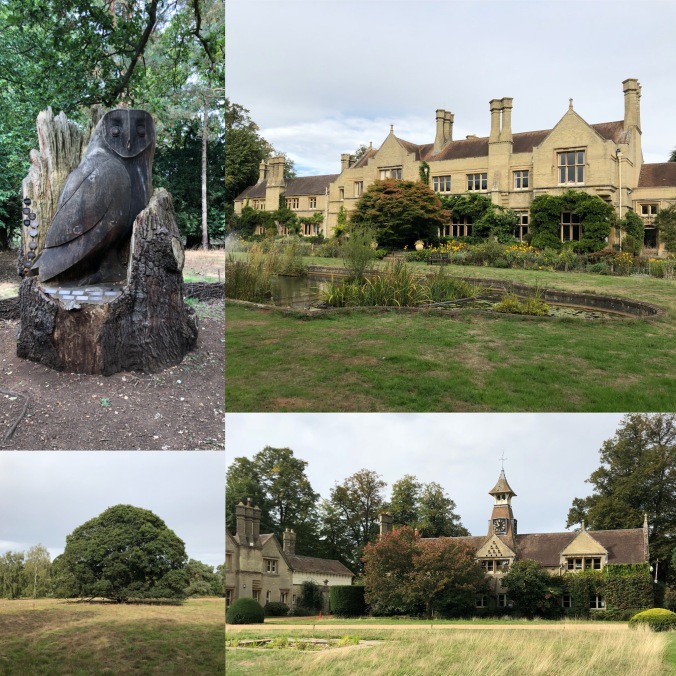 After a relatively quiet week, the weekend just past was dominated and enhanced by the visit of Middle Son (MS), his girlfriend, her dad, his wife and their two young boys.  They were all attending a wedding nearby so stayed with us for a couple of days.  It was lovely to see MS and his girlfriend again and to meet her family.  Having all this leisure time in retirement makes accommodating such visits so much more relaxing than it would have been a couple of years ago when I would have been checking work email and rushing back to London on a Sunday afternoon.  We had a great weekend.

Now I’m off to London to make more use of my V&A membership, see a film with ES and catch up with a bunch of old London friends.  Busy, busy, busy…..