The last week or so has seen warm temperatures at last.  Despite my fears, Forest Green Rovers have had sufficient success on the football field to ensure that a dreaded relegation will almost certainly be avoided.  I’ve been able to get started on preparing the vegetable patch and growing seedlings for the garden and managed to fit in another trip to London.  It’s been a good time. 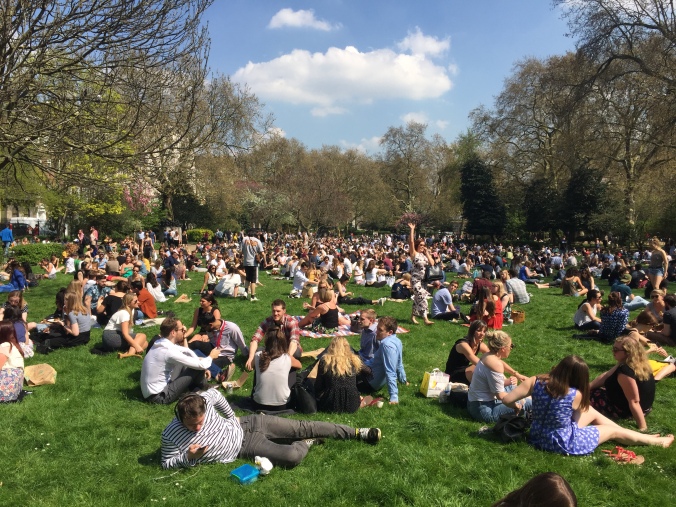 Lincoln Fields: Every Green Space In London Fully Occupied When The Sun Comes Out!

There has also been some nostalgia this week.  20 years ago, Boards of Canada, a band producing an evocative brand of psychedelic electronica, released their first studio album called Music Has The Right To Children.  I bought the CD soon afterwards and have spent the last 20 years buying their other albums and loving almost every minute of them.

It’s hard to pick a favourite band because there are so many music genres and different music suits different moods and circumstances.  But I believe that, at any time over the last 20 years (including today), I would have said Boards of Canada are my favourite band.  An example of their sound – with typically off-beat images evoking public service documentaries, childhood and nostalgia is here (Everything You Do Is Balloon).

Boards of Canada are two Scottish brothers who have only produced three more full albums since that first one that got me hooked.  To my knowledge, they have never played live.  They leave me grasping for more.  I therefore jumped at Eldest Son’s (ES’s)suggestion that we go to a jazz interpretation of the Music Has the Right to Children by Byron Wallen’s Gamelan Ensemble at Camden’s Jazz Club in London.  It was an excellent event – though inevitably a shadow of the real thing – and so popular that, I understand, a repeat performance is being scheduled.

The gig was a good reason to visit London for a couple of days.  I not only spent time with ES – as usual staying in the Barbican flat he rents from us in a very convenient arrangement – but also managed to meet up with Middle Son (MS).  I also saw the Sony World Photography Awards Exhibition at Somerset House, which was a huge and incredibly varied array of often remarkable photos, and then the superb, new Monet and Architecture exhibition at the National Gallery.

I really enjoyed the Monet exhibition which recalled the Impressionists in London exhibition I saw at Tate Britain last year.  Several of individual pictures were stunning, the information provided was just the right level for me (not too much and nothing highfalutin), and the gallery was busy but empty enough that I could see every piece up close.  There was a little personal nostalgia here too since the exhibition sponsor was my last employer before retirement.

Since returning to Gloucestershire, I have started longer spells of gardening than I managed before Spring truly sprang into life this week.  I have also resumed the interminable painting of the TV Room.  Both activities have provided moments of humour.

My vegetable patch is adjoined by a field of sheep that have been fed with hay recently because the pasture is so far behind its normal growth levels due to the poor weather.  When I appear in the vegetable patch they expect me to feed them and so rush over towards me.  One got so enthusiastic that he barged through the fence, jumped over the wall and started munching the weeds in our garden.  Fortunately, we managed to guide the sheep back to his field quickly enough to leave us amused by the experience rather than concerned. 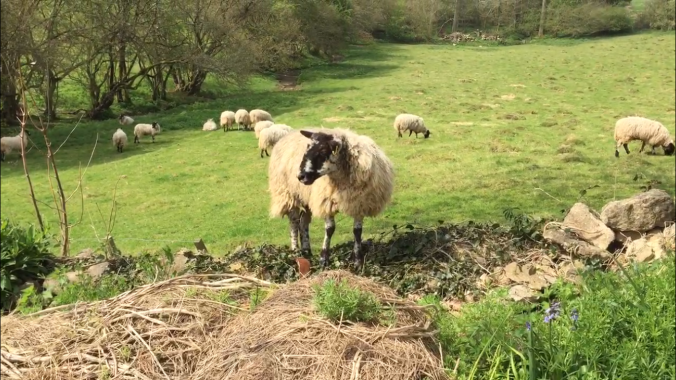 Sheep Intruding Into Our Garden

On the painting front, I have recently opened another pot.  As I was leaning over it to dip in my brush, my spectacles dropped off directly into the paint.  I felt pretty stupid as I fished the drenched, dark blue spectacles out and rinsed them off.  Luckily, the paint is water based so, as with the sheep, no harm was done. 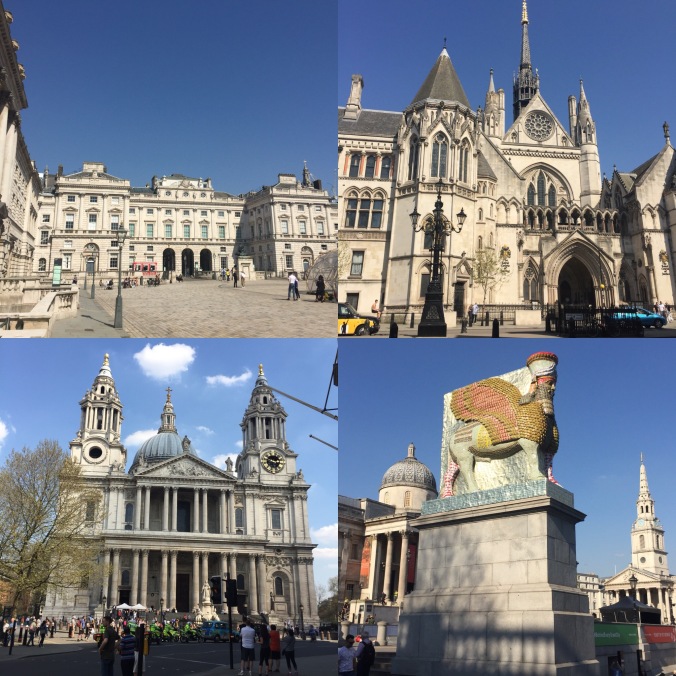