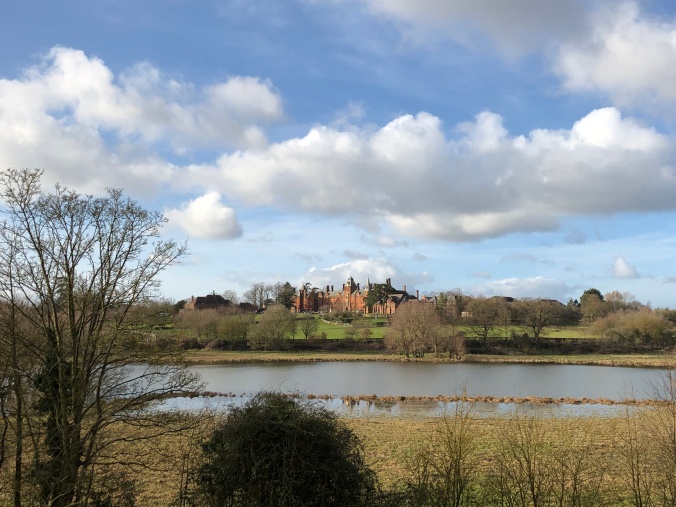 Framlingham College From Below The Castle

The highlight of the last couple of weeks has been a trip to some old friends in Suffolk.  We last visited them shortly after I retired in mid-2017 and then attempted to make a further visit in Autumn last year.  Readers of this blog might recall that became what I called at the time: my first wasted day of my retirement.  That was because we had to abort the visit half way to Suffolk because Long-Suffering Wife’s (LSW’s) previously trusty car stopped working in the outside lane of a dual carriageway just outside Bedford.  We spent the rest of a very frustrating day standing in a layby and then a tiny roadside shop and, finally, in the recovery truck on the way back home.

The garage has, since then, replaced the car engine (gratifyingly, at their expense since the cause of the problem was some work that they had done on the car).  This time the car was faultless on our way across country to Eye in Suffolk and our time with our friends was, perhaps, all the better for the delayed gratification.

Our friends have been upgrading their house, which was once a rectory, for several years.  The delay to our visit meant that there was even more work on their house to admire.  A key feature is the garden and, especially, the adjoining allotments.  Their scale, the fact they are well tended and the presence of some lovely surrounding walls reminds me of the allotments in the village near to our house where I intermittently tend a small patch of ground.  Beyond this, though, the comparison falters.  The allotments adjacent to our friends are private, not public, and are more like a small holding with just a few plot holders, old workshops and animals.

Our friends are in the process of acquiring the allotments.  In her retirement, the wife in the couple is taking on the management of the tenants and is already a tour de force in ensuring the allotments are well organised, productive and look splendid.  She loves the process and the results of her efforts and it was inspiring to see her cultivation, her happy, inquisitive chickens, and the area reserved for a new pig sty. 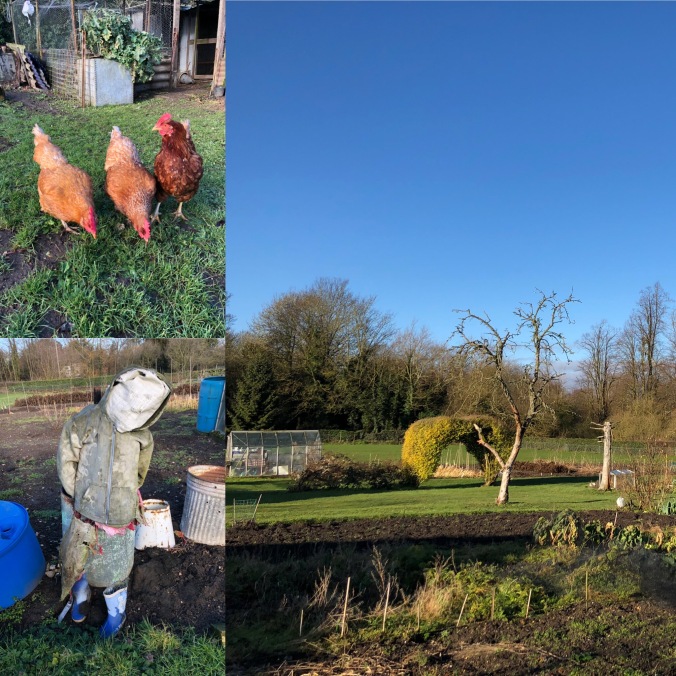 The weather was kind to us during our visit.  We had sunshine most of the time and the English countryside always looks good in sun.  Our hosts were generous with their time and thinking.  They planned some great walks and were prepared to drive us through bright, undulating landscapes to interesting villages, coastline and pubs.  Aldeburgh and the walk along the beach both north and south of the town as the sun set, was a particular highpoint. 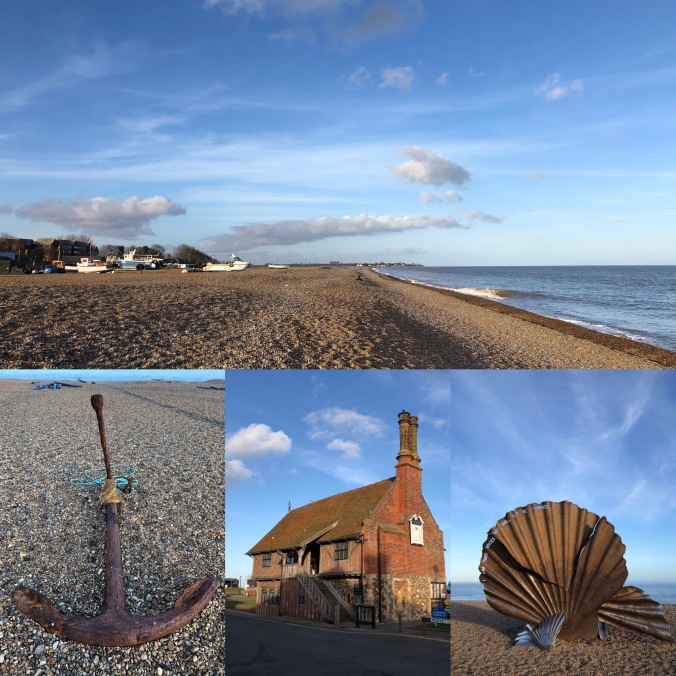 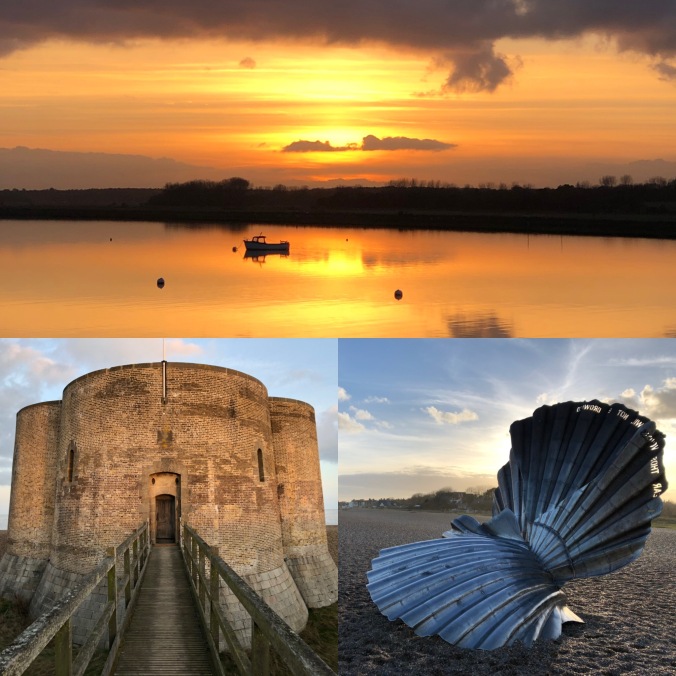 More Views of Aldeburgh Including The Scallop and the Martello Tower

Another treat was Framlingham.  I had not heard of this town before (despite it apparently being Ed Sheeran’s home town and the setting for The Detectorists) but it is wonderfully set on relatively high ground near an open valley.  It’s full of historical buildings both in the centre and, most notably, on each side of The Framlingham Mere where the old and impressive castle looks across to the rather grand Framlingham College.

Framlingham, like the other villages and towns we visited, all seemed to have pretty hearts and striking, flint faced churches.  These were invariably oversized for the scale of the current local population but not, presumably, for the wealth of the communities when they were built centuries ago.  Having lived in the Cotswolds for many years, LSW and I would find it hard not to live among hills and sharply incised valleys but Suffolk has other charms and attractions. 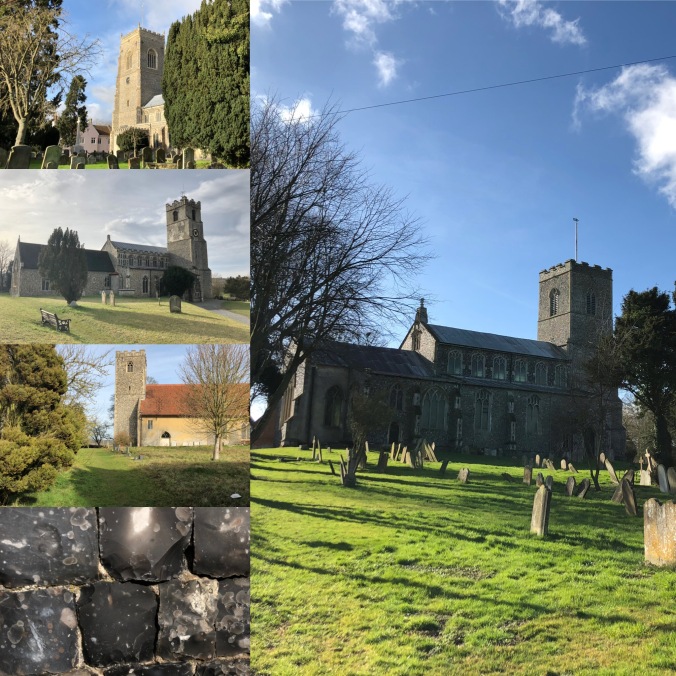 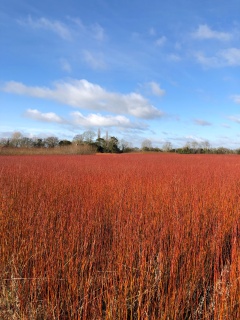 A Field Of Cornus For Basket Weavers Near Fressingfield 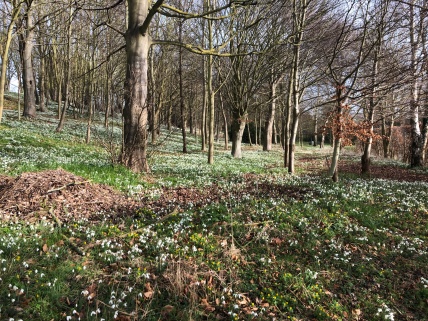 Acres Of Snowdrops in Hemingstone

LSW and I and our Suffolk friends have each known each other for between 35 and 40 years and so there was a lot of shared history to chew over as we journeyed around the countryside, drank the local beer and ate the excellent food they prepared for us.  We had a great time. 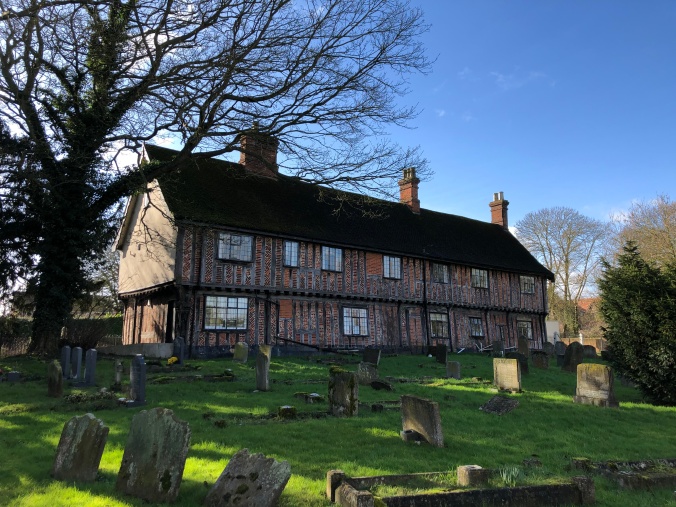 Fox And Goose Pub In Fressingham

In the week since our Suffolk trip we have returned to some reworking of the local neighbourhood plan and I have spent time helping to re-draft one of its sections.  That now will have to go on hold because, this coming week, I have two brief trips to London and a Forest Green Rovers game to see in Mansfield near where my parents live.

Upon my return from them I will draw breath before LSW and my set out on our next trip away together.  This time the trip is a little further afield than Suffolk as we revisit Australia before Youngest Son returns to the UK later this year.  All good….

4 thoughts on “Sunshine in Suffolk”